How Cristiano Ronaldo Beat Heart Disease And Became The Best – Motivational Success Story Cristiano Ronaldo was born in Madeira and comes from a very poor family. His early life was filled with struggles. His Father was a gardener, who was an alcoholic and in 2005 died from liver failure. His mother worked as a cook and a cleaning lady so she can provide a hot meal for the family. “I was brought up with nothing, we were very poor. I had no toys and no Christmas presents. I shared a room with my brother and two sisters and my parents slept in the other.” When Cristiano Ronaldo was playing for Sporting Lisbon, at the age of 15, his career almost ended before it began. Cristiano was diagnosed with a heart condition that unfortunately made his heart race even when he was not running or playing. He had to underwent a heart surgery that successfully fixed the problem, so finally he could run, practice and focus on the thing that was most important.. Achieving his dream. In 2003, Cristiano Ronaldo signed a £15-million contract and became the first Portuguese player to be part of Manchester United. After he joined the team and secured himself a future as a football star, Sir Alex Ferguson insisted on giving him the no. 7 Jersey. In 2009, when Cristiano Ronaldo made a move from Manchester United to Real Madrid, he became the most expensive footballer in history in a transfer worth 94 million euros. After nearly a decade, his career with Real Madrid ended, when Ronaldo signed a four-year contract with Juventus, with a transfer worth €100 million, The transfer was the highest ever for a player over 30 years old. But He like every human being had difficulties, failures and disappointments.. But his incredible capability to focus, work hard and build his skills every day, made him who he is today. “I am not a perfectionist, but I like to feel that things are done well. More important than that, I feel an endless need to learn, to improve, to evolve, not only to please the coach and the fans, but also to feel satisfied with myself. It is my conviction that here are no limits to learning, and that it can never stop, no matter what our age.” From a very young age, Cristiano Ronaldo always believed in himself, no matter how tough the situation was and no matter the odds. “In my mind, I am the best player in the world.” 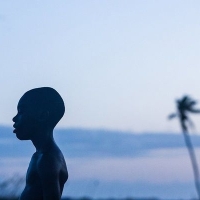 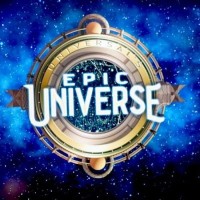 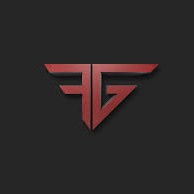 Everything and Anything Anytime

Dispatches from a Renegade Millennial

Expanding the Eye of the Storm
Plants and Beyond

Green Plants Based Living and Gardening

Let's do it just for today

For the Love of Photography + Stories + Gear

Motivation and inspiration is our vision. It is the key to success.

True wealth is the wealth of the soul

Pene' Pasta for the Soul!

Behind every strong woman; are all the other women that came before!

itsherenow.wordpress.com/
Life as a Garden

Exploring how we can live our lives with purpose and joy.

Welcome to the Battle of my Life and my World

"Everything Happens For a Reason" 👌👌

All Breaking news for all Theme parks and more.

What Is Meant By Managed It Services
usa news
Just Preserves

Recipes and Advice for Home Canning and Preserving

Get your subdomain of family.blog

#wanicancook and now you can too!